I think the best way to describe a journey is to give a small description about the location, in this case IEEE, then the start, context, end of the journey and the conclusion.

What is IEEE and what is a student branch?

IEEE stands for “Institute of Electrical and Electronic Engineers. It is well known as the world largest technical organization. The IEEE is dedicated to advancing technology innovation and excellence. There are about 420,000 registered members in about 160 countries including Sri Lanka. Among the wide span of sub societies and sub categories “Student Branches” take a prominent place in Sri Lankan Universities. It has been the prominent technical club in universities for years.

How did it all begin?

The only memory of mine of the IEEE club of IIT prior to my involvement was the hackathon I participated while I was in my 1st year. I had no clue what IEEE was about or at least what the for letters stands for.

When I was in my second year we had to take over this less known of club, at least it was less known for myself.

Was I an active IEEE member at IIT?

To create a better picture let me tell describe the type of student I was prior to my involvement with IEEE. I was a very silent, less active, almost unknown to the rest of my batch (except for few of my friends). One who knows me in real life might doubt this statement but in reality all I wanted from IIT was to do the degree and get out. I never was interested in anything else other than that.

To be clear I didn’t own an IEEE membership till they asked to apply for the top board positions at the club.

If I wasn’t involved in activities at IIT why did I apply for the Chairman position at the annual top board election of IEEE student branch of IIT?

The simple answer for this question is it was not planned.

Few days before the election our batch was asked to nominate suitable candidates for the position. One of my good friends, who also was a former Chairman of the student branch convinced me to apply for the position. For some reason or other I never gave it a proper thought and said yes.

After this conversation I went and bought a IEEE membership for the first time and applied for the position of chairman of the IEEE student branch of IIT for the year 2016/2017 and was elected.

I should specially mention that I wouldn’t have been the chairperson not for my dear friends for persuaded me to apply and then also made sure I win by voting.

I think my committee will agree with me when I say we were not close as we are now at the beginning. We were a total set of strangers who had no clue about our position or what we are suppose to do.

What was our first project as a team? And how did that go?

Our first proper project was the installation ceremony of our executive committee (2016/2017). Honest opinion of the event – Major Disaster. As an event we had lot of short comings. Invitations were late, decorations were not finished on time, messed up the agenda and the most memorable mishap was giving one gift to both former and current (at that time) branch counsellors.  As an event it was a total mess.

But this occasion in my opinion was the start of our everlasting bond as a family. Yes, we did lot of blunders, we blamed each other to save our asses and at the end of the day when all cooled down we just knew we are going to be ok. And to this day we talk about our mishaps of this event and laugh. This is the place where we learnt about each other and started to bond as a team.

In my opinion if it was some other more experienced, organized set of people who organized this event I am sure this would have been called a major success. But that bond which started with this disaster will never be there.

“It all started with a big bang” would be the perfect summary.

What were our other projects? What were their end results?

Our other major projects were Code Over-Seas, IEEEXtreme 10.0, CodeSprint 2.0, IIT hack, Mini Hackathons for junior batches, gest lectures and other small information sharing sessions. Among them I consider CodeSprint 2.0 as the major event as well as the even we as a team shined.

Even though we had a bad start we made sure we fix our mishaps and move along together as a family. Every other event after our installation was a major success. I am sure we can call ourselves as the single most successful executive committee considering the resources we had when we started and the resources and recognition we left at the end of our time period. 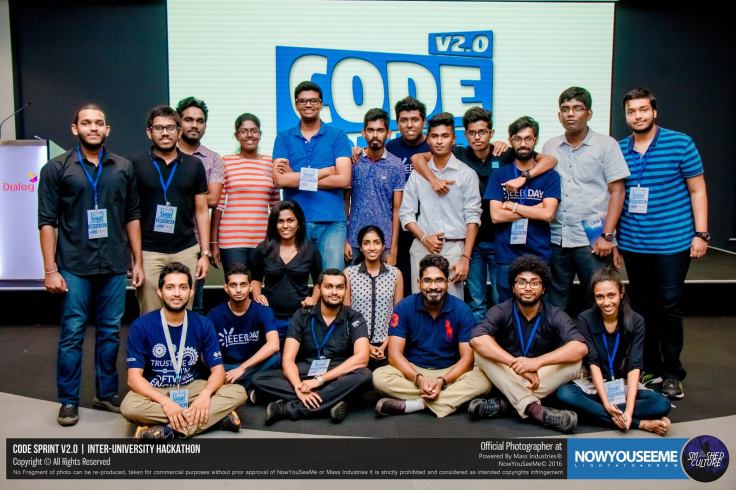 Why were we successful?

Despite all these circumstances we were able to rise above as we were a family. Everybody has everybody’s back. We enjoyed time spent with each other. We loved organizing events. We all loved working together. I personally believe this was our main reason for success

How did we turn a dysfunctional set of amateurs to world class leaders and most importantly in to a family? 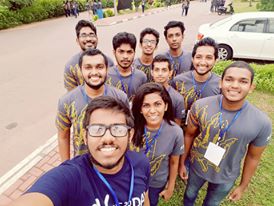 As I step towards cooperate world I see lot of technical training sessions are used to build teams. At that time for us we didn’t have any of those at our disposal.

Our first team building activity in my opinion was eating together. Instead of having separate meals we started to share our food and eat together in a single table. Sometimes we ate more than we work. I will always remember and cherish the evening dinemore snack we all had together.

Other than that, we made it a habit to sit together in lectures, in other events etc. We drank together whenever we get a chance. Sometimes in places and times we weren’t supposed to drink.

In my honest opinion our meals, drinks, random roaming around and playing carom till late is what made us a functional force of pure leadership.

At the end of the day team spirit was our talent.

If not for that un-thought unplanned decision I took, I will never be writing about this amazing journey. Sometimes you have to say yes and seize the moment. As my favorite quote say ” Jump in, try not to drown and learn to swim. ” 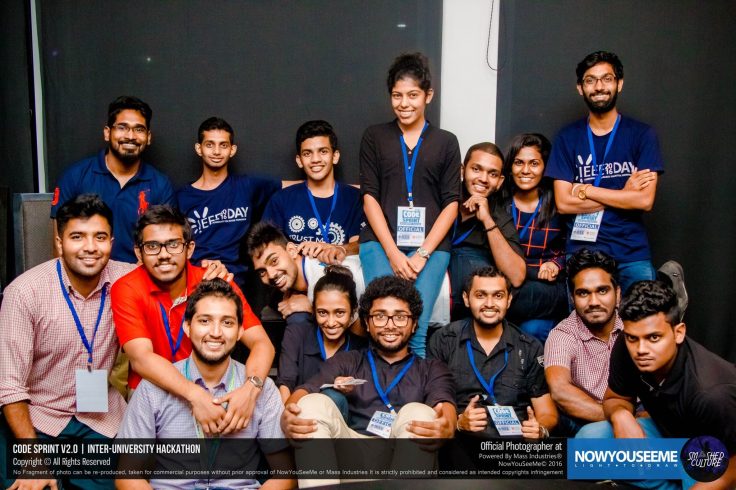 Thanks to this wonderful team I am a true believer in the idea of team work, commitment and hard work beats talent at anytime, anyplace and in any situation. As a leader I strongly believe in building the team before starting any project. At the end of the day there was no boss it was a happy big family of brothers and sisters, I was just the eldest.

Personal note for my IEEE family

I never got to thank you all officially for been a part of this amazing journey. I consider its my greatest gift and privilege knowing you all and been a part of a team with you all.

Thank you for supporting me and my decisions and always having my back. Your friendship guidance and love made me possible to do my duties. I specially want to thank you all for understanding and supporting me as well as taking care of IEEE when I was not around.

I will always cherish our moments together. Every event we organized, every success we achieved, every failure we overcame, every meal, every drink, every conversation, every road trip will be remembered in times to come.

Finally I want to say, I am not a good team leader. I am just a representative of  great team members.

I wish you all the very best and hope to see you all leading a bigger family with this same spirit.

One thought on “Yes I do…. My IEEE journey. A story of getting married to a family.”

Hi, My name is Kith Perera (as mentioned above *wink*). I am a proud Sri Lankan. This blog is a medium I use to communicate with the world. Cheers.